Aboveground storage tanks contribute considerably to theoverall fugitive emissions footprint of petrochemical refining and storage facilities. Though often overlooked in favor of more familiar equipment (such as valves and pressure vessels), the average aboveground storage tank (AST) produces more fugitive emissions than most of the other equipment combined. By Brandon Austin, DirecTank.

Aboveground Storage Tanks (ASTs)
Specifically, “open top” ASTs (those lacking a fixed roof or cover) are responsible for a large portion of the total emissions from any given facility. Despite this, and due to a combination of factors, this tank configuration is still very common in petrochemical facilities. Conventional engineered controls for these tanks are rather limited due to mechanical performance requirements, operational goals, and regulatory restrictions. The resulting reality has been, and continues to be, that the fugitive emissions from these structures are accepted as a fact of life. Regulations that were developed during the late 1970’s/early 1980’s are still in use today, and there is little effort to refine the regulations around modern, functional qualitative engineering methods and testing. Essentially, the regulations allow for a grouping of control equipment and technology, predicated upon 40-year old research, that do not require a tank owner to perform any sort of differentiated purchasing or due diligence. In this segment of the industry, the perception is that one option is as good as another, and there are no potential repercussions. The truth is that this simply isn’t true, and there are several equipment options that combine modern technology and quality product engineering to create a reality that is different from the outdated, theoretical perception serving as the basis for current regulations.
The prevailing question becomes ‘what is the best overall engineering control system for an aboveground storage tank’? As with most things related to fugitive emissions, the answer is not straightforward. For the most part, the best controls are  structural and/or mechanical, and they are used in conjunction with proper operational controls. The former includes things like fixed and/ or floating covers (roofs), gasketed/ sealed openings, etc., and the latter includes things like filling/emptying restrictions, open venting restrictions, etc. For the most part, some combination of these control mechanisms has been the standard practice for decades. In fact, it almost seems as though the regulations were written around the common control practices and equipment in use at the time, as opposed to developing them as a target. Regardless, due to the general level of comfort and perceived effectiveness of this
practice, these methods remain the most common engineering controls in use today. It is not that these controls and practices were ever ‘bad’ per se. It is that they could have been improved by now had there been sufficient motivation. To be fair, there were also mitigating financial factors. The good news is that it now appears that both obstacles can be overcome with an explosion in readily available technology.
Floating Covers
The best and most apt example of this is in the use of floating covers. Floating covers have been utilized as an engineered control measure for almost a century, however the overall effectiveness against fugitive emissions is largely dependent upon factors beyond just the cover itself. This includes the design conditions, operational variables, and equipment used in conjunction with the floating roof. Given their typical configuration, floating covers feature multiple emission points that must be effectively controlled by add-on equipment in order to truly minimize the overall emission profile of the tank. The circumferential area, various deck penetrations, open wells, etc., must all be “controlled” while also maintaining a suitable degree of freedom for mechanical and operational requirements. The evolution of engineered products to “control” the emissions spewing from these openings was slow, with the same basic technology used up until the 1990’s. Though some big innovations in mechanical equipment quality occurred, in truth very little has changed across the wider industry in over 25 years. The general lack of motivation for change can be attributed to several factors, and the categorization and standardization of loss factors often results in the false assumption that all equipment is created equal. In actuality, very few equipment manufacturers have taken the trouble to continually improve their products and quantify their specific emissions factor because, from a regulatory perspective, there is little-to-no incentive for them to do so. Equipment manufacturers are viewed as equals provided their products meet very minimal, basic criteria. These criteria, along with the emission factors in use, were established decades ago and based upon testing using products that are no longer considered to be the best available control technology (BACT). Actual testing, and quantification of data for true emission factors, has not been performed. While this does level the competitive playing field, it also serves to prevent manufacturers from achieving differentiation through innovation, which in turn does a disservice to the industry and the environment. This works as a two-way street: there is no qualification for meeting the minimal requirements, and there is no incentive for exceeding them. So, essentially, the theoretical values being used to qualify and justify expanding aboveground storage tank operations are just that: theoretical. 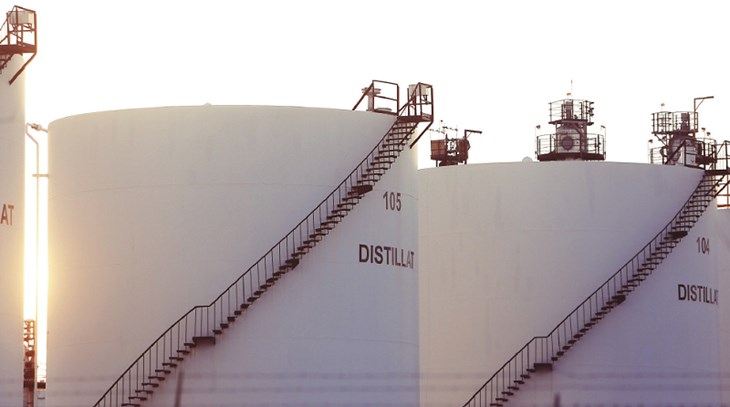 Combining Advanced Technology & Old-Fashioned Know-How
So, what is one to do? While it doesn’t seem just that AST emission controls are predicated by a purely theoretical regulatory system, it would also be very expensive and complex to operate with a practical, validated system. Therefore, rather than attempt to navigate the maze of the regulatory aspects and possibly drive multiple manufacturers out of business, one idea for improving the system is to take advantage of certain available technologies. Things like advanced surveying technology (such as LiDAR), advanced 3D modeling techniques and software, and advanced materials engineering are being utilized by leading product manufacturers within the industry to enhance the engineering analysis and design aspects of the equipment. When combined with good old-fashioned experience and know-how, the results become apparent. And while this may not provide immediately quantifiable results per the current regulations, the intuition indicates that it provides a valid, qualitative approach to emissions reduction. Clearly this is very much a common-sense approach that the regulatory side will need to adapt to catch-up with. It can be applied to most any piece of emission control equipment utilized on an AST and provides the greatest benefit on the list of commonly known emissions sources. Take the perimeter seal (aka “Rim Seal”) on a floating cover for example. One of the biggest challenges to this piece of tank equipment, particularly for retrofit applications, is to effectively seal tightly against a tank shell that may be considerably deformed or “out of round”. By using advanced laser surveying technology, a complete 3D rendering of the entire tank shell relative to the floating cover can be developed and used in the rim seal design. This is far superior to the prior conventional method of shooting survey points with a transit, not to mention simply pulling measurements with a tape at a few vertical locations. This allows for the rim seal manufacturer to perform a thorough analysis and develop a true custom design. Leading manufacturers utilizing proper mechanical design practices and materials engineering, who truly understand all phases of not only product design but also tank design and operation, can more effectively reduce the fugitive emission profile of a given tank when utilizing this technology. This typically not only involves utilizing effective 3D modeling and analysis software, but also requires that the user and designer understand how to interpret the data and develop the interface. This is one reason that it is critical that the manufacturer understand the entire system and how one component can impact another. The end result, when done effectively, is that the overall system is optimized, and the true emissions profile minimized.
Improving the Effectiveness of the AST System

The contribution to the overall fugitive emissions footprint of petrochemical refining and storage facilities by aboveground storage tanks is often overlooked in favor of more familiar equipment such as valves and pressure vessels. Additionally, the current regulations for quantifying these emissions is purely theoretical and based upon outdated technology. To change this system would be very costly and could result in many equipment manufacturers being unable to qualify and compete, which could have a negative net result on the industry. A more sensible approach would be to implement the use of technology to enhance the effectiveness of historically applied engineering controls. This would inturn improve the overall effectiveness of the AST system, and serve to provide the most optimized and efficient emissions reduction system. And while it may not necessarily reinforce the current regulatory theory, it would set the stage for the future when the common-sense, practical approach could be quantified and used as the minimum qualification for engineering control systems and tank equipment manufacturers. It would seem to be a realistic, achievable, and prudent approach for improving a system that is long overdue for an upgrade.
Fugitive Emissions Journal Newsletter