The Valve World Asia team was filled with high expectations and curiosity as they prepared for their interview with Mr. Ma Zhigang — a General Manager highly praised by his industrial peers. Introducing the sealing industry from his own perspective, Mr. Ma Zhigang discussed the ‘aesthetic feeling’ of engineering, changes in the market, technology know-how and competition. By Laura WANG

Where does leakage happen?
Valve packing and mid-flange sealing are the two categories Ma Zhigang has been working on long term. In his opinion, the treatment of packing material and tightness control are both worth more attention. “Graphite, for example, requires various treatments for different applications. As a result, it displays a different friction coefficient. The valve stem encounters the maximum load the moment it starts to move. Therefore, the friction coefficient is essential for effective sealing and operational performance. The tightness of sealing material is also critical,” Ma Zhigang explained. “There are usually three leaking paths in a valve — the contact surface of the inner wall of the packing set and the stem; the path between the outer wall of the packing set and the inner wall of stuffing box; and through the packing element itself. According to the former sealing standards, effective sealing can be achieved by adjusting the structure of the sealing element, the load, or the rigidity, roughness, concentricity and alignment of the valve stem.”
However, it is never an easy feat to meet modern fugitive emission standards unless the tightness of the packing material can be improved. For example, the function of braided packing is to prevent the extrusion of graphite, rather than sealing. There are three categories of criterion for graphite packing products: the friction coefficient, which should support a minimal driving load, the tightness and leakage rate. To achieve a specific level of tightness, a valve stem equipped with the ideal sealing element requires a minimum driving load. In other words, for the friction coefficient, lower is better; and for the life cycle — more specifically, the number of valve cycles the packing set can handle. This is determined by multiple factors such as tear and wear, degradation, among others. 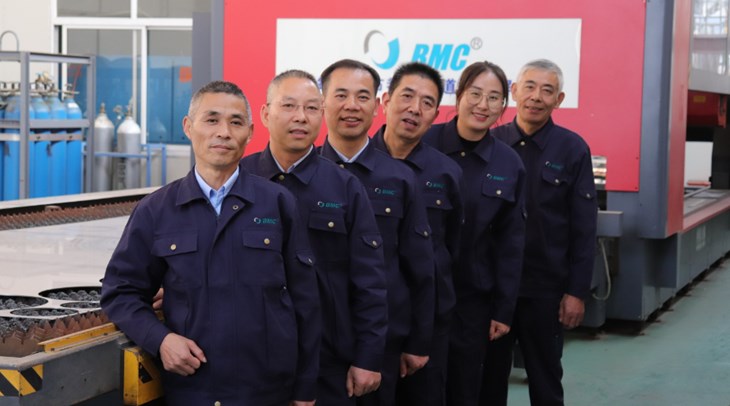 When dealing with ‘mid-flanges’, Ma Zhigang wants to increase cooperation between the sealing companies and valve manufacturers. He revealed, “Many domestic valve products feature the same problem — the size is much bigger than foreign products with the same diameter, flow and class. The major cause for this is the sealing performance of the mid-flange. Domestic valve products normally use plain face (flat face) flanges, which require a larger sealing surface than nonplain face flanges. The result is a larger sized flange which needs larger bolts and bolt loads. In addition, the driving load on the valve stem must be higher because the friction coefficient is higher. As valve products with the same size and class, the foreign ones usually appear to be more refined than domestic ones. It will yield twice the result with half the effort only when you realize where the problems are and focus your R&D strength on them.”
Upon establishing BMC Sealing Technology, Ma Zhigang determined that his company should provide products, services, and be open and ready to conduct cooperation in the field of R&D and customer service. He said: “We produce products and our ultimate goal is to solve problems for our clients. Say, for example, a high-pressure ball valve was manufactured by a certain valve company and featured a floating seat and fixed trim. The test was failed during the verification test at 31MPa as well as high than 300oC. Analyses showed that the sealing stress was insufficient because the only source of it was just the spring fixed behind the sealing. Accordingly, we developed the new self-tightening sealing element which utilized the process media to improve the sealing stress. The performance of the new product was satisfying, and it passed that test.”
Ma Zhigang continued, “We recently worked with a research institute on pump sealing issues. The major problem was the deformation of connected parts and compromised coordination  as the result of thermal cycling, which was caused by changing process parameters.” There was a high risk of leakage, but the sealing mechanism is always the same, whether it is for the valve packing or flange. The first factor is sealing stress which is the compressive stress between the sealing surface and the surface being sealed by it. Such sealing stress must be much higher than the media pressure (ASME XIII and GB150 requires >2mP). The sealing material also needs to be tight enough. “The resistance created by capillary and capillary effect must be much higher than media pressure. In short, the basic principle is always in simplest form. If we figure out all these basic mechanisms, it will be a good platform for us to do further R&D projects with huge potential.” 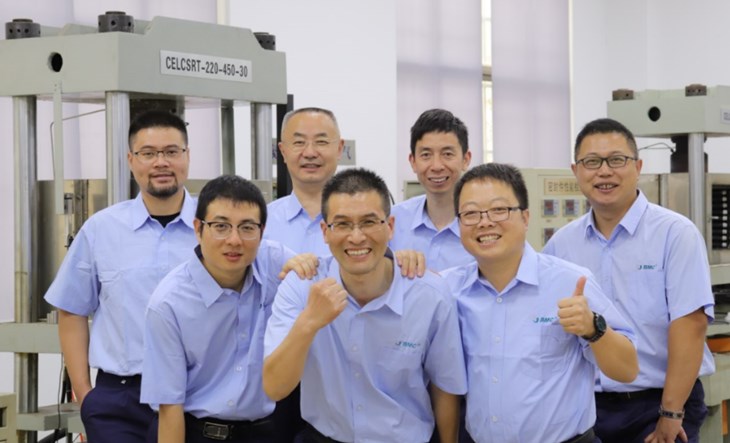 Market: Competition & Sharing
Business competition is imperative, but what really matters is the attitude of the decision makers. In the opinion of Ma Zhigang, the competition in the sealing industry is ultimately based on the comprehensive capability of the company. This involves various capacities including design capability and coordination with end users (including valve users), testing and verification capability, as well as on-site problem-solving capability. Ma Zhigang also puts much attention on improving production capacity as he plans to cooperate with more valve manufacturers to increase sales and demand. To increase production capacity, the strategy is to recognize lean manufacturing and then further optimize the cost.
Ma Zhigang is very optimistic about the increased competition of recognized brands entering the domestic market in recent years. “I believe there are two principles that any business should abide by: business ethic and business logic. Business ethics implies that all players shall share the market and resources. Only normal measures should be applied for exploitation instead of threatening to eliminate business rivals,” he explained. “Business logic refers to achievable, reasonable development by means of providing value for customers. I believe that type of competition between brands is good for the development of the industry because this model is more rational than a ‘price war’. In addition, such competition is putting pressure on us and motivating our potential. I think it is an important exercise to go through before we enter the international market.”
Final Thoughts
Regarding competition in the valve industry, Ma Zhigang also shared, “Comparing the overseas and domestic valve industries, the biggest gap appears in design capability. In addition, casting and die forging technology remains in the bottleneck of the development path, and polarization of the industry is still going on. The key is to produce refined products with lower emission rates. It is equally important that the valve remains within its designed parameters after a longer term of field operation; it should also be prioritized to narrow the gap between overseas and domestic control valve products.”
Fugitive Emissions Journal Newsletter