Luke Chou is no stranger to the world of valves and fugitive emission control. In just ten years, Chou progressed through the ranks of a leading valve manufacturer, from engineer to Technical Team Lead, to Assistant Plant Director. He continuously refines his skills and expands his knowledge of standards, testing procedures and new technologies. Chou recently joined the Sunbelt Supply team as the Quality Assurance Manager.

Fugitive Emissions Journal was happy to speak with Chou about his new position, his experience with valve emission control testing, and his personal initiative to shed light on the quantitative side of emission testing.

Luke Chou recently joined the Sun-belt team, as the Quality Assurance Manager and effectively a valve sub-ject matter expert. He mentioned the move from a manufacturer to a distributor has been interesting and enlightening. “I believe that this op-portunity will allow me to work with many more manufacturers and al-low me to better understand the full spectrum of quality and production control within the valve industry.”

Sunbelt is a global flow control products distributor with locations in the key downstream industrial centers of North America, Europe and China. With 18 locations providing valve automation services, Sunbelt has increased its offering over the last 40 years from manual valves to include valve automation and instrumentation. Chou highlights the headquarters in Pasadena, Texas is a key hub offering custom products to support the demanding applications of key chemical and refining clients. “Sunbelt continues to grow its value added services to include more de-sign and assembly of products which requires robust quality management systems aligned with manufacturers to supplement Sunbelt’s distribution focused management systems that have been in place for decades.”

Chou says customers, particularly in the U.S., are increasingly leaning on their distributors to help them man-age suppliers. “Companies like Sun-belt are increasingly being brought on to aid in the selection, auditing, and evaluating to maintain Approved Manufacturers Lists (AMLs). This was one of the main reasons I was brought on, to help manage and vet the suppliers,” said Chou. The potential end goal is for customers to utilize Sunbelt for our supply quality management ability and technical mastery regarding high quality valves and their manufacturers. “You need well informed people who knows the ins-and-outs of a valve manufacturer to properly conduct good audits, so hopefully I can help satisfy that need.” 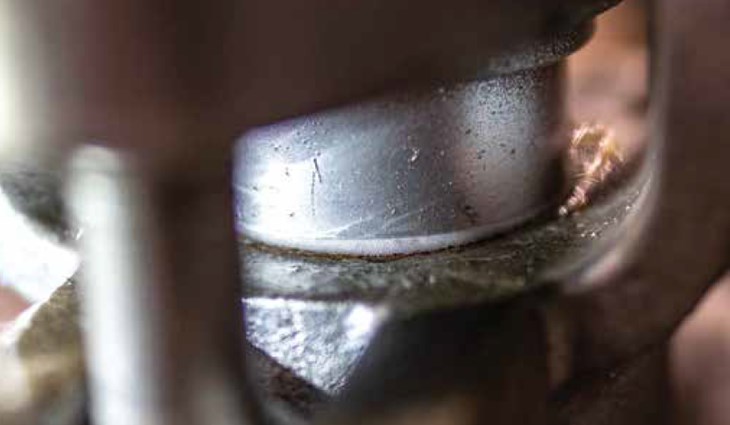 With his previous experience working at a manufacturing facility, Chou highlighted some of the key aspects to quality control for valves. “The production control at a manufacturer as large as Neway—one that handles so many different projects for low emission—really comes down to careful manufacturing process con-trol, packing selection and method of verification testing dictated by the project. Often, projects require 10% of the valves to be production tested for ISO 15848-2, which contributes to the overall internal quality sampling system to ensure stable manufacturing process is in place.”

As a member of the API Standards Committee, Chou mentioned a few key updates the industry should know of concerning low emission standards. Revisions are underway for API 624 for multi-turn valves, API 641 for quarter-turn valves; but the committee is now focused on the interchangeability of packings and high temperature testing. “Interchangeability of packing is a big topic we are tackling right now – what should you do if you want to change packing models or suppliers? We are planning on allowing it with a much-reduced retest requirement. Additionally, we are also working on a testing procedure for high temperature testing,” Chou explained. “From experience and data, the current low emission packing which performs beautifully at ambient to 650°F may start to fail once the temperature of the packing gland climbs above 650°F. With valves supposedly rated to 1,000°F according to API 600, this can cause real life emission issues.” Currently, a workgroup from API is experimenting with testing procedure for temperature up to 750°F. “The expectation is an optional test that the end user can specify but is not required for API 624 or 641. How-ever, we do expect the tougher end users would likely make it a mandatory part of supplier acceptance.”

Chou spoke about his effort in creating a practical method of verifying low emission product during manufacturing. “When I was at Neway, there was thousands of valves being produced per day, there is no way any manufacturer is capable of sniffing that many valves to verify their emissions performance. Combine that fact with the required amount of methane or helium to conduct those testing, it is easy to conclude that even with paying customer, it is unwise to con-duct production emission test using typical industry techniques.”

“My testing is an attempt to create soft comparison of bubble test appearance to a quantified number from a detector, similar to how MSS-SP 55 have comparison pictures for casting defect type,” Chou explained. “If we are able to use a standardized leak detection fluid to verity stem seal installation, this could go a long way in reducing emissions across the board and reduce issues in the field.”

The intention of the project is to publish images and videos so the public can get a sense of the correlation, which has never been done before. “Right now, using snoop for emission testing seems like voodoo magic,” Chou laughed. He aims to ‘burst open’ the bubble test. Using a donated old non Low-emission valve from Beric Valve and working with United Valve, the testing has confirmed that it is possible to visually differentiate leakages at 2,000 ppm, 1,000 ppm, 500 ppm, 100 ppm, and less than 50 ppm. This means that production verification can be conducted cheaply, effectively, and with a high degree of confidence and coverage.

The Next Generation of Valve Engineers

A lack of valve education is a com-mon concern among new, up and coming engineers. To help aid in this effort, Chou recently launched the website www.valvehax.com. “Currently, in terms of valve information, there is not a good, centralized location for that knowledge. Most information is stuck in people’s head or within individual company’s older, retiring population.” Chou additionally says that the valve industry is often invested in expensive one- or two-day training sessions for new employee to gain certifications on the subject, but the information is often lost soon after. Chou hopes to help bridge the knowledge gap between traditional education methods for existing and new engineers entering the industry by providing a more accessible online resource. “I believe this type of web resource is the future.”

The Importance of Mentorship

When asked what keeps him in the valve industry, Chou reflected on the tight-knit valve community and influential mentors that paved his way to success. “I was lucky enough to be accepted by senior experts in this industry at 25 and participate in the creation of standards. Ten years later, I cannot just bury the torch of wisdom and knowledge I have been given by those retiring — I have to pay it forward. I owe it to their mentorship to continue in this industry, which is why I have remained an active part in standards committees.”

The late Stan Allen of Bray was one of Chou’s first mentors. “He was one of the first to take me under his wing and guided me in API. I have very good memories of Stan and I was quite sad to hear he has left us. He will be missed.” Chou says this sense of community is less evident in high turnaround jobs, and he is happy to have found his niche. “The industry is so close-knit, especially in the United States, and we all play a big part. It is our responsibility to educate the next generation.”