As a company, Promon handles both large and small-scale projects – from mining to energy, to civil work projects for the government and local subway. Souza’s first project with Promon was in an aluminum oxide plant (alumina) in the Pará state, a mining area in northern Brazil, which was the largest alumina refinery in the world. He commented that for the first seven years of his career, the most important clients of Promon were Petrobras – for refineries, and Vale – in mining plants. “For big projects with Petrobras and Vale, we employed a team to design the whole plant, which we would then share into Mechanical, Electrical, Civil, Piping, Process and Instrumentation groups. The project would also include the Supply Chain team that was responsible for buying, expediting, inspection and delivery of the equipment, and the management team that supervise all the project team and control the scheduling and costs,” he said. Souza mentioned it was very common with larger projects to purchase specific equipment from overseas.
Before 2012, the engineering sector was thriving in Brazil. Promon was able to execute the biggest projects, because the company was the most established engineering company in the country and was well known for large-scale projects. After the recession in 2014, the company found itself with a new challenge in diversifying its portfolio and working in smaller projects, but with greater conceptual and design demands. “There is something great about small projects, because when you have a big, two-year timeline, you have the capability to monitor everything from the first step – from conception to designing the entire plant. We often used the phrase, ‘when you are thinking, you are structuring’, after-the-fact is just production – what to buy and how to maintain diligence with our suppliers. Now that Promon focuses almost exclusively on small projects, most of which are conceptual, the work is very interesting and intellectually stimulating,” Souza said.
In recent years, Promon has dealt with various smaller clients and projects. “Particularly after 2014, Promon merged into smaller projects and clients. These were quite different from the big projects of the past as Promon was often responsible of all EPC— Engineering, Procurement and Construction. Larger turnkey projects where Promon did everything from managing, to subcontracting other  companies, to designing the plant were no longer the standards. With these smaller projects, Promon is only responsible for, for example, the engineering,” Souza commented. “No matter the project, time is the most challenging aspect of my job. We start talking about one project and then we move on and start talking about another project right after, so time is always of the essence.” Lately, Promon has been increasingly focused on improving the efficiency of their internal processes and equipment. “We monitor two kinds of technology: the technology of the equipment we work with, and the technology that we use to design the plant, that is used inside the office.” 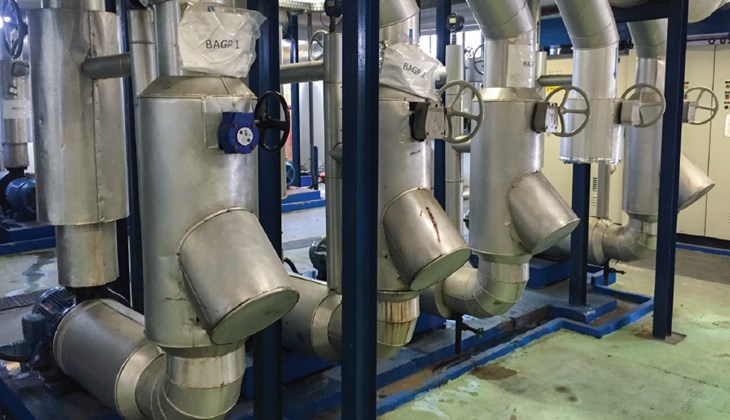 Current Thermoelectric Project
Souza is currently working on a thermoelectric project with Promon. “There was an Energy Bid from the Federal Government Energy Agency in Brazil that was released to the market and many players are participating,” he said. “Right now, we are working on a very big thermal plant, 1.5 gigawatt, in Sergipe State, which is one of the biggest thermoelectric plants in the southern hemisphere. There are just few thermal plants in the world larger than this one.” Souza said there are about twenty people working on the project, and thousands more involved in the construction. “Promon is responsible for verifying and checking all documents and requirements for the end user, once the engineering design was confirmed by General Electric (GE) in the USA.”
Emission Testing & Digitization
For all projects, Promon conducts a dispersion study of all pollutants. They study the pollutants from the stacks
as well as NOx (Nitrogen Oxides) and SOx (Sulphur Oxides), which is a particularly important factor of regulation in thermoelectric. “All the equipment in operation must be continuously monitored and must follow CONAMA 382/2006 regulations. However, once we complete the project, maintaining the proper operation becomes the client’s responsibility.” Digitization and the Internet of Things (IoT) is another important development affecting emission testing procedures at Promon. “We are studying IoT a lot – working to develop new technology with advanced sensors that allow you to monitor valves remotely. There are so many new possibilities since the technology is evolving so rapidly.”
Another important technology Souza noted is initiatives with IoT and BIM (Building Information Modeling). BIM allows engineers to create 3D models of the facility using computer software and Souza said it has become increasingly more common in the past few years. “The difference now is that we are inserting the technical data of equipment on these 3D Models, rather than at the plant itself. All equipment requires a computerized ‘Digital Twin’ that holds the exact the same specifications as the real plant. It is not always easy because you must consider factors like maintenance, and inaccurate data.” Souza said the BIM technology is used for all new projects at Promon. “With 3D BIM models you can study any changes on the equipment, analyze the data, improve the process workflow and optimization performance of the team to determine best practices.”
Souza commented that the benefits of digitization far outweigh the negatives. “For instance, with fugitive emissions monitoring (consisting of monitoring and controlling possible leaks of toxic fluids), which always is a very severe subject, you are now able to detect any variation. There will be issues with maintenance, so IoT is very beneficial to help you better understand the degradation and life cycle of any equipment in safety. We maintain better control and conduct more studies and tests that would not be possible without this technology,” he said. Souza mentioned the improvements to industrial IoT technologies used in the engineering field are much the same as recent improvements made to our mobile phones. “If you ask anyone today of what the advantage is of having smart phone rather than a regular phone, the benefits are endless. When everything is digitized, you can search more, study more and explore different applications that ultimately make you more informed at whatever it is you do.” 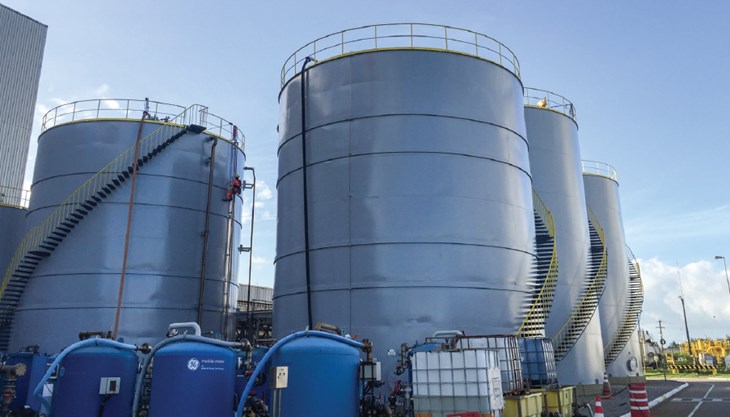 Promon also utilizes Artificial Intelligence (AI) for analyses. Data collected in the field is transferred to a computer in a digitized format so it can then be uploaded for use by the AI. “Promon was recently involved in an important project for an ethanol plant for the COSAN/RAIZEN Company, which is the largest ethanol energy producer in the world. The ethanol plant was interesting because we worked with sugarcane bagasse for second and third ethanol generation processes, where we also used the sugarcane bagasse to generate more energy—and this bagasse was not regular/homogeneous. It was quite difficult to design the equipment and to adjust the plant to produce the correct quantity of energy because the raw material was not common. Because of this, we needed to adjust the plant accordingly and it led to the development of an internal software program.”
To read the full article, see the September issue of Fugitive Emissions Journal, or contact the Editor at s.matas@kci-world.com.
Fugitive Emissions Journal Newsletter