In 1987, the United Nations defined sustainability as “meeting the needs of the present without compromising the ability of future generations to meet their own needs.” In 2005 the acronym ESG - Environmental, Social Responsibility, and Governance – was coined and in many conversations is interpreted to mean ‘environmental sustainability.’ However, ‘environmental’ is just one of the 3 pillars of ESG.

Greenhouse gases (GHGs) are gases that absorb and emit radiant energy, within the thermal infrared range, that cause the ‘greenhouse effect’ (envision a greenhouse for plants, fruits, and vegetables). The primary GHGs in our Earth’s atmosphere are water vapor (H2O), carbon dioxide (CO2), methane (CH4), nitrous oxide (N2O), and ozone (O3). Greenhouse gases are not bad by nature. Without greenhouse gases, the average temperature of Earth’s surface would be about -18 °C (0 °F) rather than the present average of 15 °C (59 °F).

In 2020, these same 5 countries/regions emitted ~54% of the World’s GHGs (China, US, India, the EU, Russia) which included a doubling of China’s & India’s share of the total and approximately 1/3 reductions in both the US and the EU’s share of the total.

Figure 3 shows the contribution (in %) of the key sources of GHGs for China, the US, the EU, India, Russia, and the rest of the world countries. As can be seen from the data, there is not one common solution to mitigate all GHGs. There will need to be a host of mitigation tactics across each source of GHGs.

In most countries/regions GHGs from electricity & heat (power) generation is the largest source, while the 2nd largest source varies by country/region. However, mitigating GHGs from power generation will address 25%-50% of the world GHG emissions. 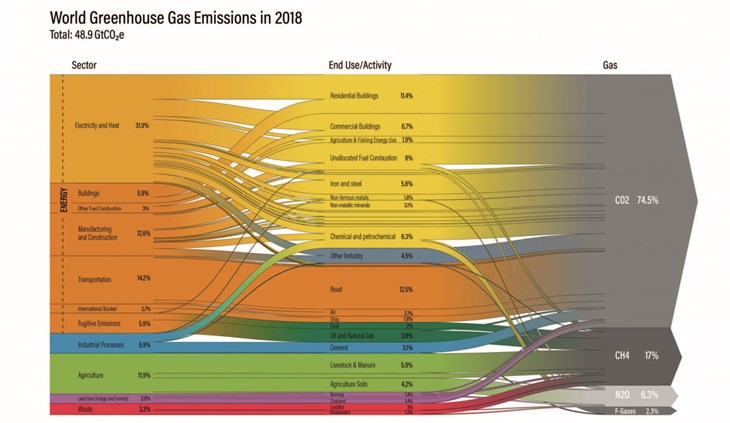 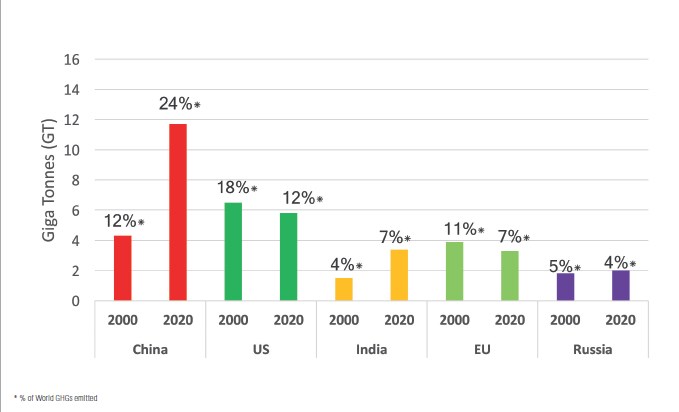 With approximately 32% of the World GHGs coming from power consumption (elect/heat) improving energy efficiency (energy per unit GDP) should be a national priority among all countries.

Read Part 2 of this article in the June 2022 issue of Fugitive Emissions Journal to learn about the other three primary sources of GHGs. 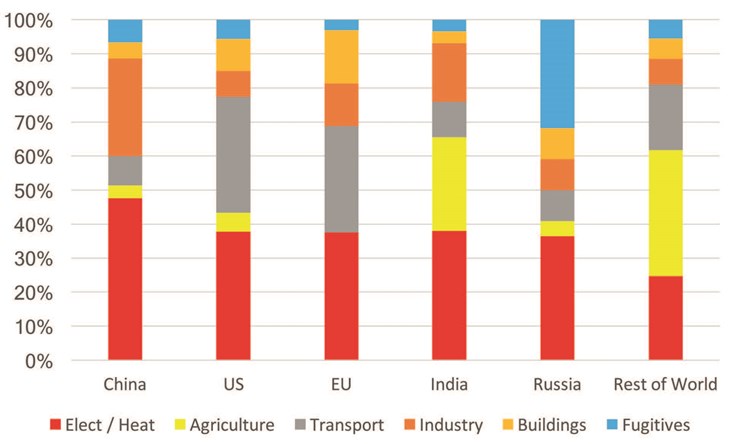 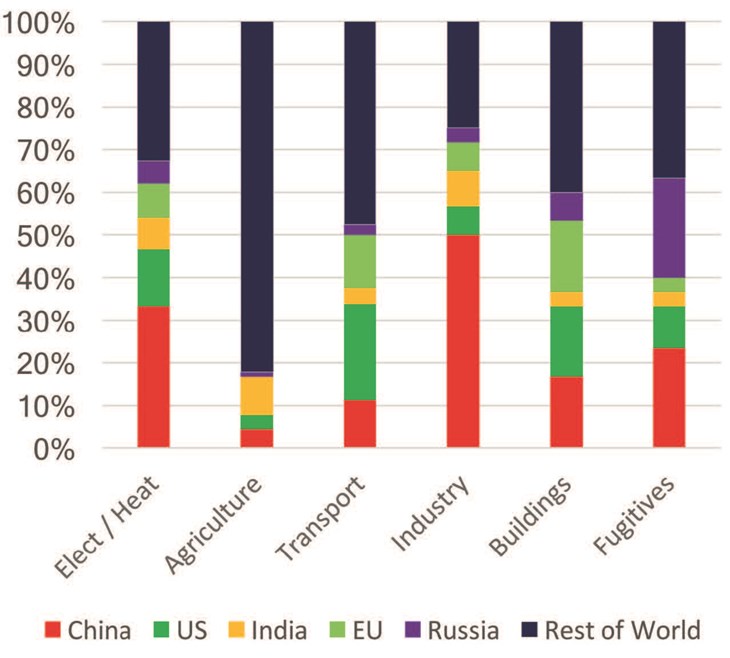 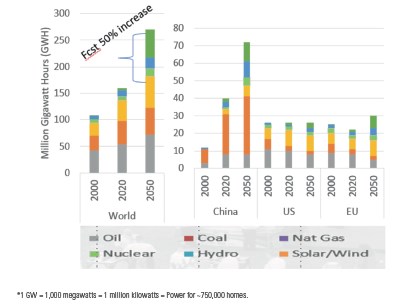 With 38 years of experience in the energy industry, Tim Goedeker, Senior Principal Environmental Consultant for Phillips 66, knows the value of experience and the importance of innovation. Starting his career as a Process Engineer in the oil refining sector and moving into the environmental side of the business, Tim has a vast knowledge and understanding of this ever evolving industry.