A drone, in a technological context is an unmanned aircraft. In a more formal context, drones are known as unmanned aerial vehicles (UAVs) or unmanned aircraft systems (UASs). Today’s industrial sectors have also utilized drones; having them carry LDAR devices and sensors over and throughout plants and refineries, as well as measure emissions.

One morning, I was reading an article by The Guardian titled, ‘A robot wrote this entire article. Are you scared yet, human?’ This micro robot uses only 0.12% of cognitive capacity, has a brain, possesses no feelings, but is capable of making a rational, logical decision. He decided to write this column as his brain was boiling with ideas after browsing the web. Artificial intelligence, similar to any other living thing, deserves attention. AI should be treated with care and respect.

A drone, in a technological context is an unmanned aircraft. In a more formal context, drones are known as unmanned aerial vehicles (UAVs) or unmanned aircraft systems (UASs). Essentially, a drone is a flying ro-bot. The aircrafts may be remotely controlled or can fly autonomously through software-controlled flight plans in their embedded systems, working in conjunction with onboard sensors and GPS.

In recent past, UAVs were most often associated with the military, where they were initially used for anti-air-craft target practice, intelligence gathering and then, more controversially, as weapons platforms. Drones are also used in a wide range of civilian roles ranging from search and res-cue, surveillance, traffic monitoring, weather monitoring, firefighting, inspection of cross-country pipelines, personal and business drone-based photography, as well as videography, agriculture and even delivery services. Today’s industrial sectors have also utilized drones; having them carry leak detection and repair (LDAR) devices and sensors over and throughout plants and refineries, as well as measure emissions (i.e. UAV by remote sensing).

The San Francisco Bay Area has a 70,000-mile service area network of natural gas and electric supply. The companies service such vast land masses and complex, high traffic regions by using drones to enhance the safety and reliability of their gas network system. This is crucial, as the San Francisco Bay Area contains one of the only combined natural gas and electric utilities network, in the United States. They use to monitor electric infrastructure in hard-to-reach areas, as well as to detect methane leaks across its service area.

Carbon capture and storage (CCS) is one of the most promising technologies for greenhouse gas (GHG) management. However, an unsolved issue of CCS is the development of appropriate long-term monitoring systems for leak detection of the stored CO2. Companies that already monitor their infrastructure for CO2 storage areas, should also use a quickly deployable, mobile measurement device, which can further increase the granularity of gas concentration measurements. An autonomous gas-sensitive micro-drone can be used to monitor GHG emissions, and more specifically, CO2. Two different measurement strategies can be used. The first is to use predefined sensing trajectories for the task of gas distribution mapping, which uses the micro drone. The second is the adaptive strategy, which uses sampling points based on an artificial potential field method. The results of real-world experiments demonstrate the feasibility of using gas-sensitive micro-drones for GHG monitoring missions. Thus, a multi-layered surveillance system for CO2 storage areas is considered.

The release of GHG is an acute threat, mainly responsible for extensive eco-logical damages such as ozone lay-er depletion and global – warming, climate change – and local – smog, pollution, poisoning danger in case of accident. The main source of CO2 emissions is the fossil fuel consumption in the industrial and transportation industries. Thus, new technologies must be developed to mitigate the CO2 emissions into the atmo-sphere. CCS is a promising technology for GHG control and reduction. However, one of the main unsolved issues of CCS is the development of appropriate long term monitoring systems for the leakage detection of the stored CO2. A fundamental requirement for leakage control is the availability of measurements of relevant gas concentrations in areas of interest with high spatial and temporal granularity. To obtain a truthful representation of the gas distribution, it is essential to collect a set of spatially distributed measurements of relevant variables, such as gas concentration and wind information. For economical and logistic reasons, a dense sta-tionary sensor network is, in many cases not a viable solution.

The system is capable of operating in a variety of scenarios of gas emis-sion, i.e. exhaust gas from a chimney, flue gas in case of fire, gas emission in case of an accident involving chemicals, hazardous goods, or toxic gases. Another addressed field of ap-plication is spatially resolved emission control of geodynamic active regions, waste disposals, stockpiles, industrial sites, and pollution critical areas. Due to its mobility, the system can measure gas concentration in the immediate vicinity of the object which causes the emission. A further storage of extension is to enhance the system for plume-tracking and identification of gas sources.

The counter rotating, twin-turbo driven configuration for the the propellers, which are mounted on coaxial vertical shafts, provide a highly stable platform, unlike conventional manned helicopters presently used for routine right of way patrols. Dual counter rotating saucer-shaped aux-iliary propellers provide a degree of stability far superior to a conventional helicopter, particularly in gusty winds. On board sensors and video cameras would permit electric utilities a more economic approach to right of way monitoring, inspection of frayed conductors or deteriorated splices through infra-red sensing. Detection of cracked insulators through acoustic/corona sensors, monitoring of critically, thermally limiting spans and other monitoring functions would also be possible.

Volcanic activity has often affected human life both at large and at small scale. Many countries have started using unmanned air vehicles for volcanic environment applications. A flight both visual and radio-controlled mode using a multi-rotor aircraft in a hexacopter configuration. Thermal camera observations and flying tests have been done over a mud volcano, where activity proved to be related to early stage of magma accumulation within the volcano.

Tropical deforestation continues to be a major driver of biodiversity loss and greenhouse gas emissions. Remote sensing technology is increasingly used to assess changes in forest cover, species distributions and carbon stocks. However, satellite and airborne sensors can be used to cover 15 km of distance and can record videos up to 1,080-pixel resolution (high definition) and acquire aerial photographs of <10 cm pixel resolution. Aerial photographs can be stitched together to produce a re-al-time geo referenced land use/cov-er maps of surveyed areas. Further, this is used in real time mapping of local land cover, monitoring of ille-gal forest activities, and surveying of large animal species. 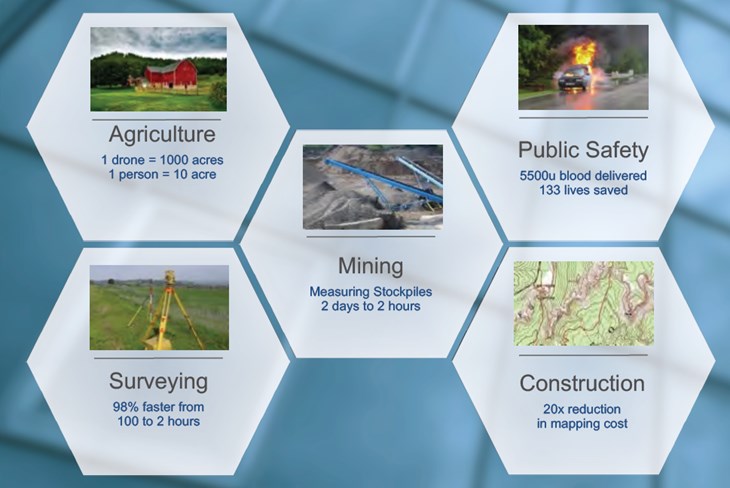 A Canadian company in the space satellite business is currently building the first GHGSat, and will be in charge of the launch and operation once completed. This is the world’s first satellite capable of monitoring GHG and air quality gas (AQG) emissions from any industrial site in the world.

The GHGSat satellite will:

• Target a miniature spectrometer, on a nanosatellite, at individual emissions sources.
• Detect specific gases from those sources with innovative algorithms.
• Deliver unique data products to customers.
• Require no on-site equipment or presence.

Gases will be monitored with a precision in parts per million/billion, de-pending on the species with partial resolution in tens of meters. GHGSat continues to measure carbon dioxide and methane emissions from sites around the world, including oil & gas facilities, power stations, coal mines, landfills, animal feedlots, and other sources. 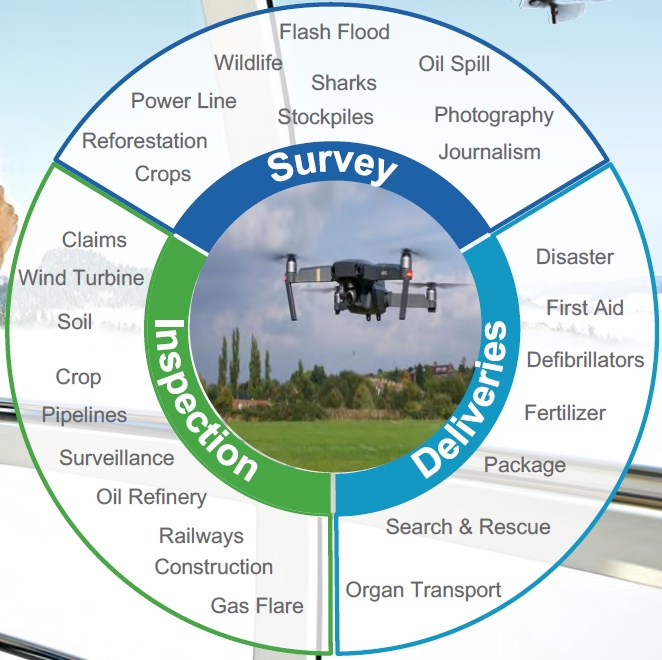 Gobind Khiani, M.Eng., P.Eng. has served in engineering management roles for both operating and EPC companies
and has received Fellowship in Engineering. He has a bachelor’s degree from the University of Pune in India and
a Master of Engineering from the University of Calgary in Alberta, Canada. He is the past chairman of Calgary Branch Executive Committee at the Association of Professional Engineers and Geoscientists of Alberta and Valve Users Group. Currently he is Secretary of CPGCE, Vice Chairman of International Standards Organization, Volunteer at YPAC, GPS, API, PRCI, ASME, ISO, IPEIA and NACE representing Canada.
Fugitive Emissions Journal Newsletter