The proposed rule titled “Standards of Performance for New, Reconstructed, and Modified Sources and Emissions Guidelines for Existing Sources: Oil and Natural Gas Sector Climate Review” was issued Monday, November 15, 2021.
By Foster Voelker II, Director of Engineering, Williams Valves
Overview
According to Regulations.gov, “On January 20, 2021, President Joe Biden issued an Executive Order titled ‘Protecting Public Health and the Environment and Restoring Science to Tackle the Climate Crisis,’ which directs the EPA to propose a rulemaking to reduce methane and volatile organic compound (VOC) emissions, in the oil and natural gas sector.

During the public comment period, the proposed rule received thousands of comments, ranging from individual citizens to large corporations. The effort by the EPA to outline new requirements and propose new emission guidelines is quite extensive covering a vast range of topics. The summary of the proposed rule states, “this document comprises three distinct groups of actions under the Clean Air Act (CAA) which are collectively intended to significantly reduce emissions of greenhouse gases (GHGs) and other harmful air pollutants from the Crude Oil and Natural Gas source category. First, the EPA proposes to revise the new source performance standards (NSPS) for GHGs and volatile organic compounds (VOCs) for the Crude Oil and Natural Gas source category under the CAA to reflect the Agency’s most recent review of the feasibility and cost of reducing emissions from these sources. 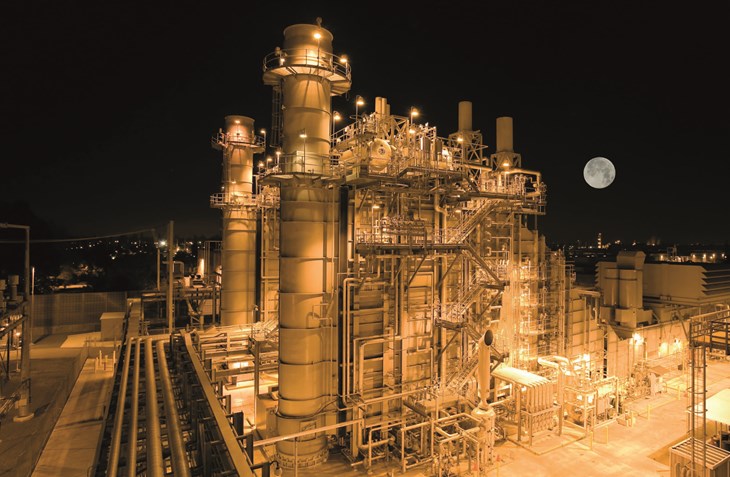 Second, the EPA proposes emissions guidelines (EG) under the CAA, for states to follow in developing, submitting, and implementing state plans to establish performance standards to limit GHGs from existing sources (designated facilities) in the Crude Oil and Natural Gas source category.
Third, the EPA is taking several related actions stemming from the joint resolution of Congress, adopted on June 30, 2021 under the Congressional Review Act (CRA), disapproving the EPA’s final rule titled, ‘’Oil and Natural Gas Sector: Emission Standards for New, Reconstructed, and Modified Sources Review,’’ September 14, 2020 (2020 Policy Rule). This proposal responds to the President’s January 20, 2021, Executive order (E.O.) titled ‘Protecting Public Health and the Environment and Restoring Science to Tackle the Climate Crisis,’ which directed the EPA to consider taking the actions proposed here.”
The EPA maintains these changes are paramount in protecting public health and combating the climate crisis. The proposal would intensify and expand emission reduction requirements and would require states to implement methane emissions reduction programs for hundreds of thousands of existing sources across the nation for the first time. These sources would include new, modified, and reconstructed oil and natural gas facilities.

While the requirements defined in the proposal are too extensive to be covered in a single article, one section (Section XI: Summary of Proposed NSPS OOOOb and EG OOOOc) of the proposal is particularly interesting, especially to a valve engineer. According to the proposal, “This section presents a summary of the specific NSPS standards and EG presumptive standards the EPA is proposing for various types of equipment and emission points.”2 The section includes several subsections covering a wide range of equipment including storage vessels, pneumatic controllers, unloading operations, compressors, pumps, natural gas processing plants, well sites and well completions, centralized production facilities as well as covering topics regarding record keeping and reporting. However, the specific area of interest can be found in subsection H: Equipment Leaks at Natural Gas Processing Plants. As the title implies, this section focuses on updating the NSPS for reducing VOC and methane emissions from equipment leaks at onshore natural gas processing plants. The EPA outlines several steps in this section to achieve the stated goal.

Recommended Steps
The first recommended step is the removal of the threshold that excludes certain equipment within a process unit from being subject to the equipment leak standards. Secondly, all pumps, valves, and connectors located within an affected process unit at an onshore natural gas processing plant, will require the use of optical gas imaging (OGI) to identify leaks from this equipment on a bimonthly frequency. Another recommended step would require each open-ended valve or line in a new or existing process unit to have a closure device that always seals the open end except during operations requiring process fluid flow through said open-ended valve or line.
The most interesting step outlined in this section would require a first attempt at repair for all leaks identified with OGI, within five days of detection, and final repair completed within 15 days of detection. This step also proposes definitions for ‘‘first attempt at repair’’ and ‘‘repaired.’’ The definition language in the proposal reads, “The proposed definition of “first attempt at repair” is an action taken for the purpose of stopping or reducing fugitive emissions or equipment leaks to the atmosphere. First attempts at repair include, but are not limited to, the following practices where practicable and appropriate: Tightening bonnet bolts; replacing bonnet bolts; tightening packing gland nuts; or injecting lubricant into lubricated packing. The proposed definition for “repaired” is fugitive emissions components or equipment are adjusted, replaced, or otherwise altered, in order to eliminate fugitive emissions or equipment leaks as defined in the subpart and resurveyed to verify that emissions from the fugitive emissions components or equipment are below the applicable leak definition. Repairs can include replacement with low-emissions (low-e) valves or valve packing, where commercially available, as well as drill-and-tap with a low-e injectable. These low-e equipment meet the specifications of API 622 or 624. Generally, a low-e valve or valve packing product will include a manufacturer written warranty that it will not emit fugitive emissions at a concentration greater than 100 ppm within the first five years.”
The inclusion of the specific API emission specifications into a formal proposed rule published by the federal register is a rare, if not unprecedented, action. The language is somewhat problematic as written, as pointed out by several valve industry commentors, due to the lack of several prevalent emission standards such as API 641 and ISO 15848-1.  None the less, the EPA’s reference to the emissions standards developed by API with the intended goal of regulatory compliance can only be considered a significant success and is a compliment to all parties involved.
ABOUT THE AUTHOR
Foster Voelker II attended the University of Houston, receiving a degree in Mechanical Engineering. After graduation, Foster Voelker began his career as a valve engineer for a large commodity valve manufacturer. During his tenure at this company, he helped to implement a fugitive emission compliance program across several product lines.  Foster continued his focus on FE compliance as a project manager for a domestic manufacturer of seal components, helping both OEM valve manufacturers and end users conform to current emissions and regulatory requirements. After which, Foster returned to the valve production sector, consolidating these years of experience as the Director of Engineering for William E. Williams Valve Corporation.
ADVANCED SEARCH