Is there a way to produce energy in a more green, environmentally-friendly way, while still prioritizing efficiency and output? This is a key question circulating throughout the natural gas industry, and cutting edge research at Frontier Applied Sciences might just hold an answer.

Fugitive Emissions Journal had the pleasure of speaking with Joseph Witherspoon, Chief Technology Officer at Frontier Applied Sciences, regarding new technologies such as solid carbon fractionation, and their impact on the environment. 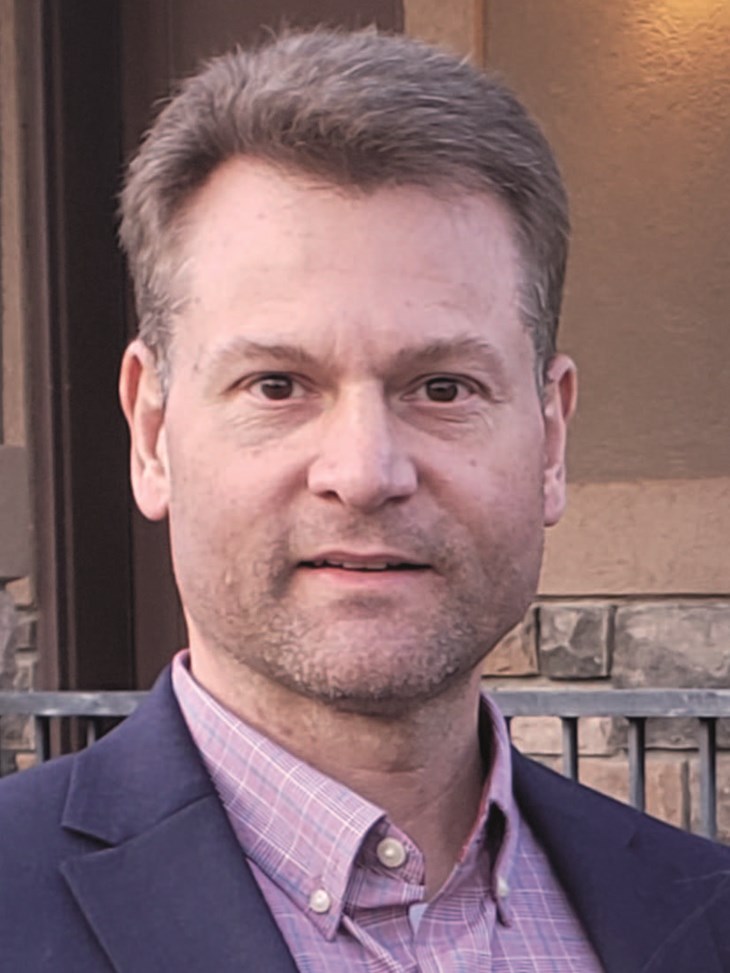 Frontier Applied Sciences, and more specifically Frontieras North America, pride themselves on producing “abundant, affordable, available energy for all.” Most people know that coal is the most used material worldwide to produce electricity, but the process involves burning the coal. This process is extremely inefficient, a waste of resources, and a major cause of pollution. This is why Witherspoon and his team have worked to develop a patented solution called FASformTM Solid Carbon Fractionation.

Solid Carbon Fractionation is profitable, but it is also useful; it will allow people to be more energy efficient and environmentally friendly. As Witherspoon explained, “We are a new energy company, so instead of deriving liquid fuels and gas fuels from crude oil or natural gas, we are deriving it from solid hydrocarbon materials.” Frontieras can process coal, oil shale, tar sands, or waste plastic in order to make gasses like hydrogen, methane; and liquid products such as naphtha, kerosene and diesel. As the inventor of the process, Witherspoon has a unique insight into the workings of this technology as well as its immense potential.

FASform Solid Carbon Fractionation is, at its core, about turning coal into higher-value fuels and products. Creating a synthetic crude oil or coal tar requires a huge amount of energy to separate the materials into usable or higher value products. Witherspoon found a way to utilize the energy that goes at the front end all the way through to fractioning, now dubbed solid carbon fractionation. Using this process ensures that there is not an excess of waste heat being expelled, nor are there a ton of air pollutants released. The result is the delivery of hydrogen, methane, naphtha, diesel, aviation fuel, and FASCarbon™, a purified carbon product. “Our closed-loop process produces over 20 million standard cubic feet per day of hydrogen used to power our facility,” said Witherspoon. “FASCarbon, a virtually sulfur-free technical carbon, functions as a replacement carbon for steel manufacturing and coal-fired plants that burns hotter, cleaner, and with lower emissions.”

For steel production in the U.S. and around the world, the greatest constraint that most companies face is the amount of sulfur emissions from their carbon product. “All steel manufacturers require carbon to inject into the iron or the molten iron in order to manufacture steel. Even if it is recycled steel, like rebar, they still need carbon injection for that process, and most of the carbon sources are high in sulfur. Sulfur gets oxidized into SO2, which is a hazardous air pollutant,” explained Witherspoon. “With the FASform process, we are able to remove a significant amount of that sulfur and supply an ultra low-sulfur carbon injection material for steel manufacturing. We can maximize our steel production here in the U.S. without those constraints involving sulfuric air pollution.”

While liquid fractionation involving crude oil has been around for years, solid fractionation is a brand new process, invented by Witherspoon. According to Witherspoon, “No one has ever fractionated or distilled out liquid products from solids before. I have discovered the key to unlock that mystery, to where I can treat a solid like a liquid, and it is now patented in nine countries, with the latest being India in 2019.”

FASform Solid Carbon Fractionation is all about energy management, and gaining greater control over how energy is used and managed. Some other technologies have tried to achieve the same outcome, but they have been unable to do so in an efficient way. “Prior attempts to derive high-value products from coal were so energy intensive, they were rendered economically infeasible. They were deriving the oils out of the coal, but then just collecting that oil all in the same pot, if you will, to make a synthetic crude oil. Or they were partially oxidizing the coal to make syngas and then converting syngas into fuels through expensive and energy-intense processes using high pressure, high temperature, and catalyst.” 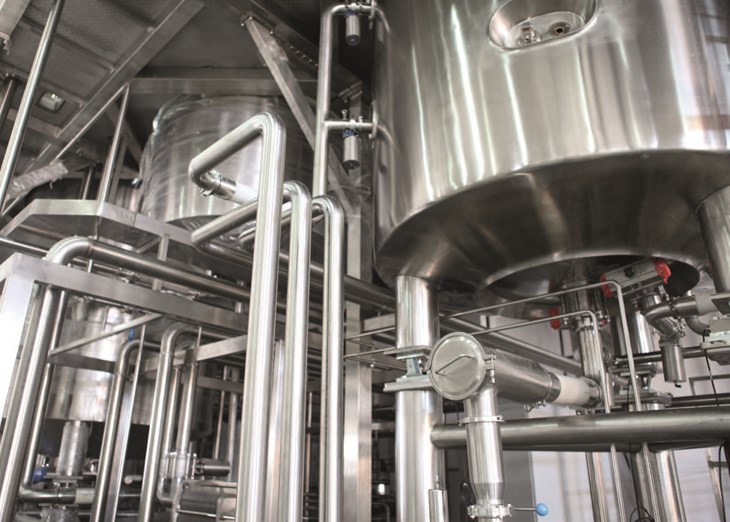 As discussed, solid carbon fractionation was largely conceived as a response to the heavy pollutants and the inefficiencies of other options. U.S. producers of steel are limited in terms of how much steel they can produce in a day due to the sulfur emissions. Despite these limitations, they cannot simply stop production. Witherspoon noted: “We need machines. And machines need fuel. So what are the best fuels for those machines? It is hydrocarbons. You think about what built the United States as a nation, what built Canada as a nation, it was coal. You cannot argue that. Without coal, you could not make steel; without steel, you cannot build. Coal built this country, and oil got it moving.” The necessity of these materials is undeniable, but so is their potential negative impact on the environment.

Many believe that carbon dioxide is one of the most dangerous pollutants out there, but Witherspoon argues that that is not necessarily the case: “CO2 is not a pollutant. In fact, CO2 is the molecule of life; if we did not have CO2, we would not exist as a species. Without CO2 , plants cannot grow. So CO2 is very important in our environment, and I do not classify it as a pollutant.” The purpose of solid carbon fractionation, then, is not to remove or reduce CO2; it is to remove the other pollutants, like NOX and SOX.

When talking about the environment, it is important to consider that not all forms of energy work the same way in every context. Take wind and solar energy, for instance. These are amazing innovations, but cannot be used effectively in steel production, and they cannot provide enough energy for everyone’s needs around the world.

At Frontieras, they are focused on preserving energy. Products that they make include diesel, kerosene, naphtha, and other petrochemicals. Witherspoon explains, “we are all about utilizing the resources that we have in a wise and environmentally friendly way. Frontieras derives many types of gasses out of its feedstock, but we are mainly focused on hydrogen. Hydrogen is very much abuzz within the industry, renowned for its efficiency,” said Witherspoon. Frontieras is the first plant powered by hydrogen in the U.S. The potential of hydrogen production and other energy-efficient processes is apparent: “It is really all about humans flourishing. And if we as a species want to just survive, then we need high energy density fuels. So where do we get it? Where do we get the most bang for our buck and provide the greatest potential for prosperity? It is these tough but important questions that have guided the research so far.” He advocates for equal access to energy sources across developed and developing countries.

“With solid carbon fractionation, Frontieras is able to control and manage sulfur so as to minimize or even eliminate the sulfur going into the air, which is a huge step in terms of air pollution prevention.” Witherspoon utilizes the best available control technologies in order to derive multiple different types of fuel without oxidizing their components. As a result, Frontieras is not making sulfur dioxide or NOX emissions. They are keeping these dangerous pollutants out of the air, enabling them to burn clean methane and clean hydrogen while still maintaining efficiency and quality of their products.

As the inventor of such cutting edge technology, it will come as no surprise that Witherspoon is always looking ahead to the next big innovation. He is always open to new technologies, and believes that, “Anything that makes sense is worth considering.” A chemical engineer by degree, and a seasoned process design engineer, Witherspoon asks the key questions: “How do we do something? How do we do something better? How do we do it more efficiently? How do we create less waste, create less byproducts? I understand that there is always a better way to do it, especially in this industry. And that is the beauty of innovation, and creativity.”
Fugitive Emissions Journal Newsletter